And whilst I busy myself with plants only a handful of people will get to enjoy, words fly asea and children grow.

We emerge from the Docklands Light Railway under the imposing hull of the Cutty Sark. 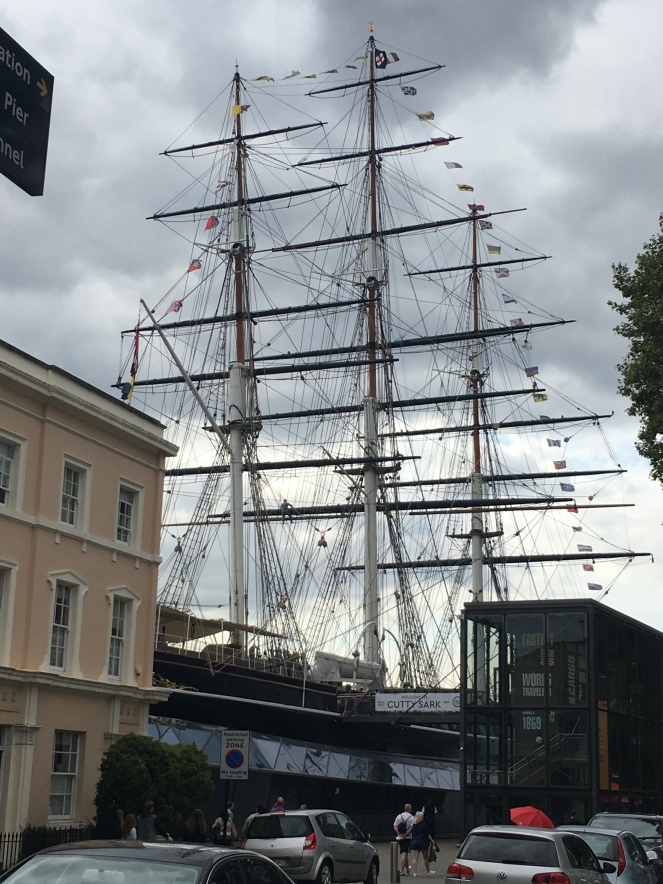 Above Greenwich, clouds and sun weave a fine maritime sky perfect to blow wind in our imagination. Your bedroom wall has for years been adorned with a painting of this marvellous tea clipper, and a few months ago, you decided to draw her for your homework about the Victorians. We will get to visit her in a few hours, but for now, we set about crossing the park towards the Observatory and the Planetarium. Trees join their branches low above our heads and lull the occasional rise in the heat. From the Observatory hill, London appears to me beautiful for the first time. 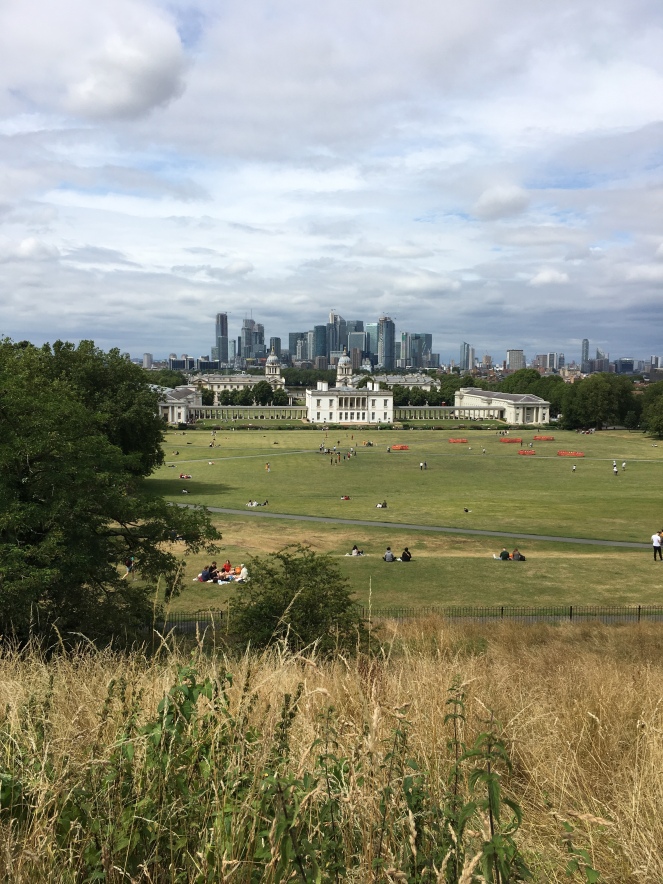 Our outing has barely started that things already play out as I hoped they wouldn’t. I knew, when I was planning this birthday treat, how delicate the task of maintaining the equilibrium of social interactions would be. I had to try to invite several friends in case your sole company wouldn’t appear enticing enough, or would end up seeming dull on the day. But I wasn’t really prepared to overhear right from the station, before even our departure, our guests starting to plot to sit together in the train, and again when time came to catch the train homebound – if there are three seats together, at a pinch… Was I surprised ? No. But I automatically did that thing where one redoubles one’s effort to be charming on behalf of somebody else one feels the need to protect, as if the mother’s social skills could be credited to the son.

Were you aware of what was going on ? For me, it was impossible not to realise the other boys sought each other’s company and prefered to leave you aside, birthday boy or not. Generally kind and, for English kids (pardon my prejudice), well brought up boys.

As the day passes, the slight tightening of my heart gradually sharpens to a bite. At nightfall, when silence settles and distracting thoughts and movements subside, I notice my whole body is stiff and my muscles ache. What is this emotion ? It doesn’t feel like sadness, nor like disappointment or anger. It leaves the head clear but grips the body – perhaps more akin to a form of anxiety.

In truth, it hurts me more than it does you, who are used to it and know how to cope. Nobody would accuse me of blind motherly fondness and my natural Asian propensity is to judge harshly. The way you are, though, I know it to be special. Whilst socially clumsy, you are kind, caring, original and imaginative as few are. I have no doubt that in a number of years your peers will recognise it too – as do your teachers (memories of the school doctor, in Paris, to whom I was trying to explain the English diagnosis of ASD – she shook her head, shrugged and wrote down “Beau petit garçon”. And Monsieur L, the psychologist, who in our last meeting felt compelled to say “Madame, votre fils est original, et c’est une qualité !”).

This evening, I think of the many people for whom childhood and teenage, far from being that lost sunny shore nostalgia longs for in the dull years of adulthood, are a wearisome and lonely path to tread. As for you, son, a pencil, a sheet of paper, a piece of cake (and a few birds hopping along the way) will carry you across and beyond. 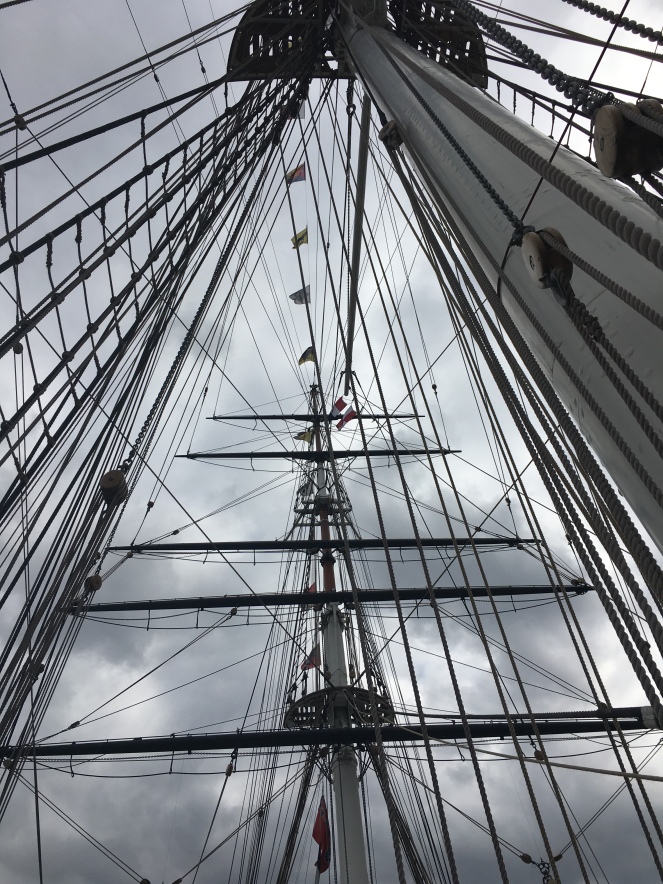 Writing and gardening between England, France, and an often-dreamt Mediterranean. View all posts by Frog