Few places are as beautiful as England when the sun shines as it does this week – it’s that dazzling green. There are so many occasions of exaltation and gratitude that I feel dizzy.

Walking accross the field to go to town, yesterday, I thought I would love to have a blog section called : “Ce que j’ai vu de plus beau aujourd’hui” – “The most beautiful thing seen today”. How and what to choose ? In spite of the flowers, I think I would have to give the prize to that tender-green haze floating around the poplars’ crowns as they start to leaf out. It is so thin, almost intangible, barely perceptible against the bright blue sky, and yet, the sign of an unstoppable force.

All is not perfect, even in my protected little corner of the world. I found the baby blackbird on my lawn. It was laying there, uneaten, its eyes open. I suspect the magpie, as the neighbours’ cat is a lazy, floppy thing only apt to soil the flower beds. Since then, I haven’t seen Mrs Black go back to her nest to feed any other chick… She is still going about in the garden, though, and Mr Black has reappeared. They may be moving from the ivy into the firethorn, which undoutedly provides better protection, but competition is fierce, if the sparrows’ indignant cries are to be believed. However, Mr or Mrs Little Red is still living in the pouch nest offered by Grandma, and I keep my fingers crossed for baby robins !

I have been spending whole days in the garden, planting out Orleya grandiflora seedlings which were trying to root through the capillary mat, sowing white cosmos (my favourite flower of all) and Californian poppies, mulching with horse manure (before the poppy seeds were thrown in, but after the cosmos had been sown – I know I am stupid, but hey, they are tough). I have also dug up a fuchsia and moved it under the boxwood (yes, the poor plant I tried to niwaki-prune last autumn). I expect the displaced fuchsia will be sulking forever. My unsuspecting walk in town ended up with a few additions to the plantations : Astilbe Vision in Pink, another bleeding heart (“les boutons, on dirait des poires avec des têtes de nounours”, dixit my son), a yellow lupin and, more importantly, a dark blue delphinium. Honestly, how was I to know it was market day, and there would be a wonderful stall of cheap yet healthy plants ? By the way, butterflies are about !

And today, and it sums it all up : I hanged the laundry to dry outside. Tada !

From the Norway maple (érable plane) at my son’s school. 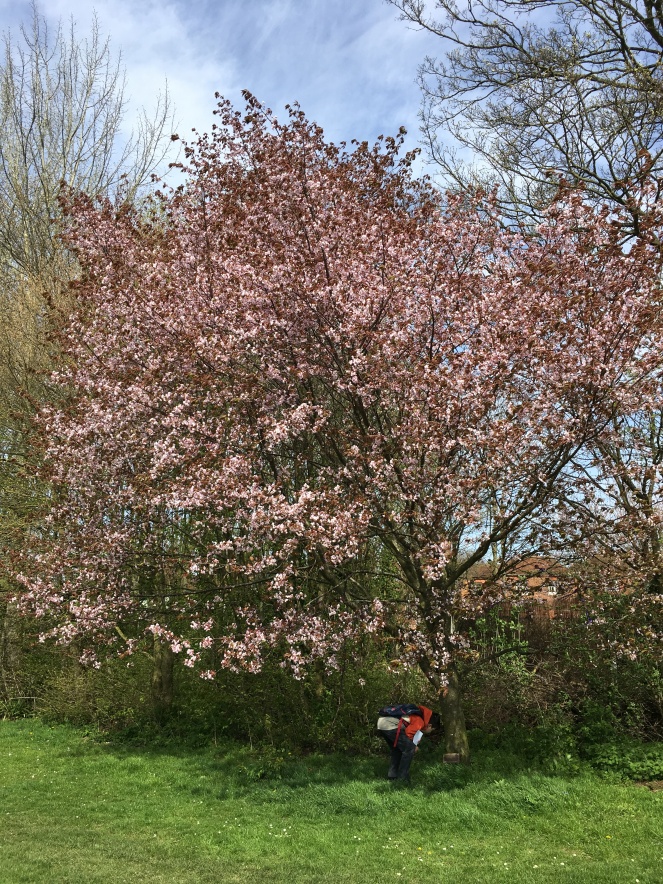 Claire’s cherry tree. Claire died aged 19 many years ago. People used to hang shiny ribbons from the memorial tree’s branches, but don’t seem to do it anymore. 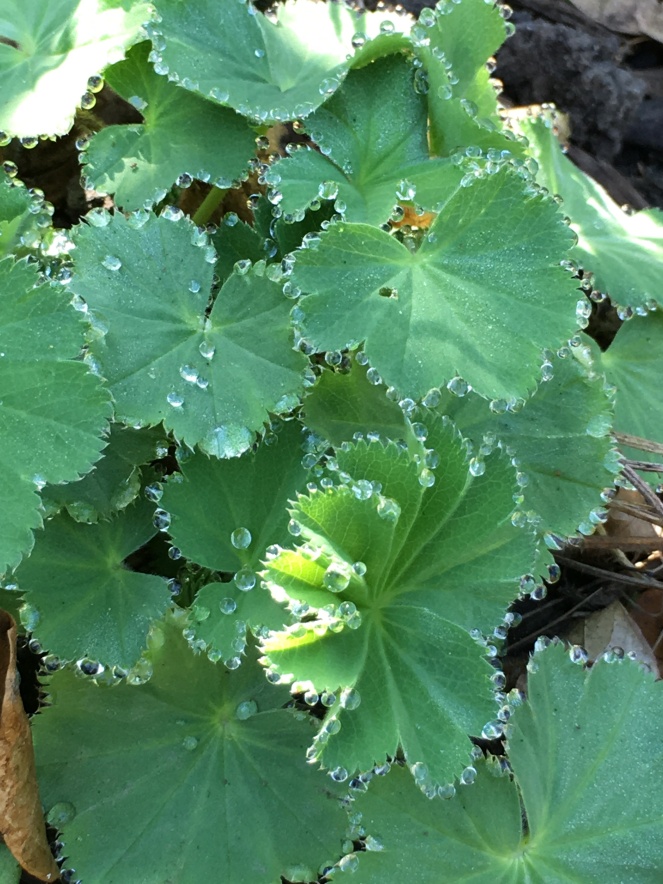 Under the snake’s head lilies’ skirts.

Brunnera macrophylla Jack Frost, the plant I wouldn’t be without. The picture doesn’t do justice to its amazing blue.

Acer palmatum Osakazuki leafing out. It looks like it is taking its elegant rose gloves off, doesn’t it ?

Acer palmatum Katsura means business this year (was put in the ground last autumn) and is already out. My son likes to shake its little hands (yes, we are odd).

That’s it for today ! Enjoy the sun while it lasts !

Writing and gardening between England, France, and an often-dreamt Mediterranean. View all posts by Frog