… and so I didn’t lose any time. As I was up in rural Warwickshire celebrating my husband’s uncle’s golden anniversary, I was kindly taken by my mother-in-law to visit Canons Ashby, a beautiful National Trust house, which was home to the Dryden family. The church is, thanks to Henry VIII’s unfulfilled matrimonial expectations, all there is left of the medieval priory run for four hundred years by Augustinian canons. 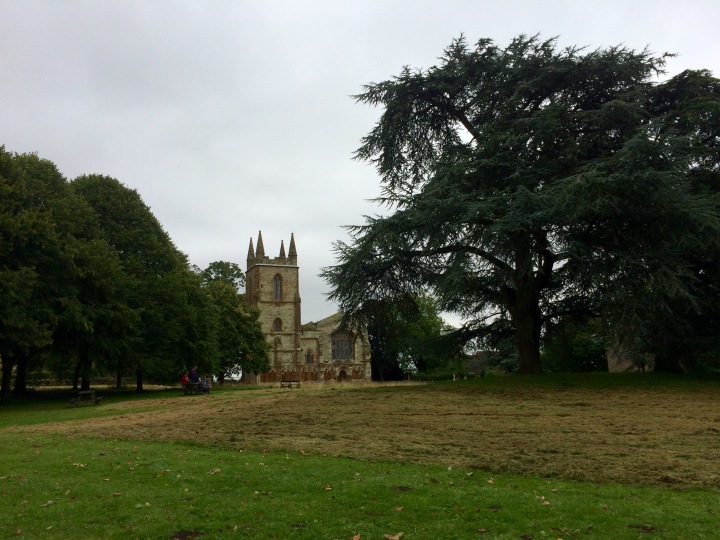 The most striking feature in the grounds was, on the day I visited, magnificent summer perennial borders, with dahlias as the stars of the show. 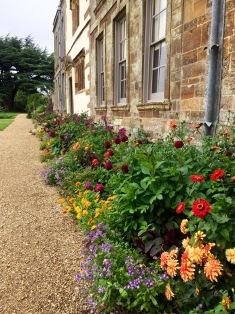 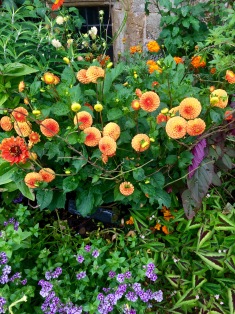 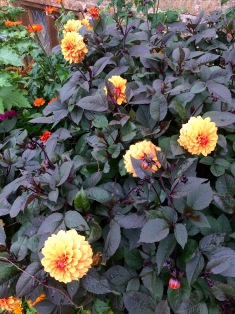 I didn’t use to be a fan of dahlias, but have recently become partial to those amongst them which display light-coloured flowers (if possible single) set upon dark foliage. Is it acquired tolerance, as they seem to have become fashionable and ubiquitous ? Possibly, but I have always been attracted to the beauty of a foliage at least as much as to that of interesting flowers. In any garden, as in woodland, the tapestry created by contrasting leaves and structures (in colours, shapes, textures and ways to catch the light and the wind) is what I find most striking and memorable.

Leaving the formal beds near the house, we went down the slope to admire the vegetable terraces. Behold these whopping pumpkins : 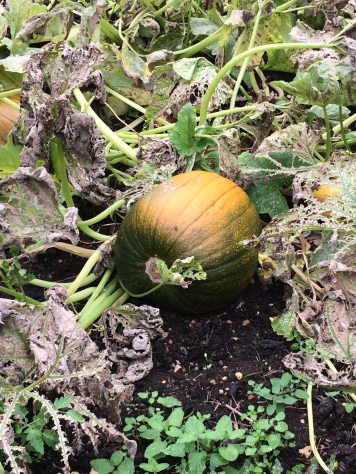 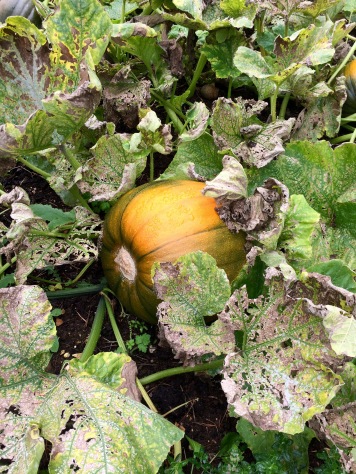 Alas, near the shop and therefore unmissable, there were the stalls full of lovely as-if-just-for-me plants : a trap cunningly set for weak souls of my kind. Resistance was useless, there was no point wasting any energy pretending : I would go away with as much as I could carry. That is, not so much : my ambitions were limited by the cruel reality of having to travel back to Canterbury by train – my husband was already in charge of our two suitcases and I wouldn’t trust my children with fragile living things (too heavy for them anyway). So this is what I picked : 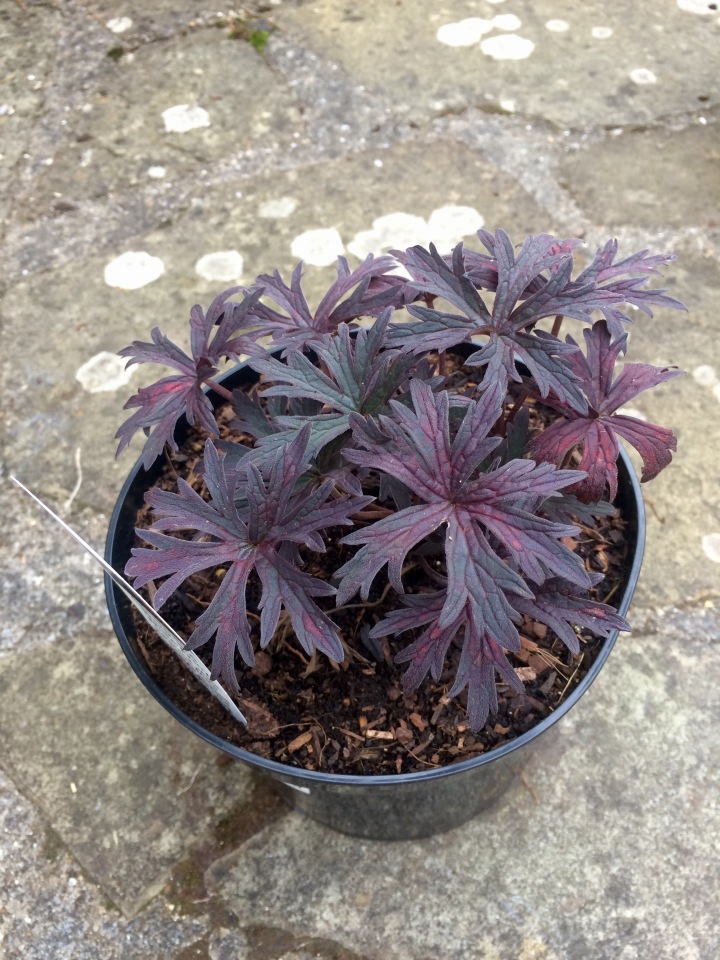 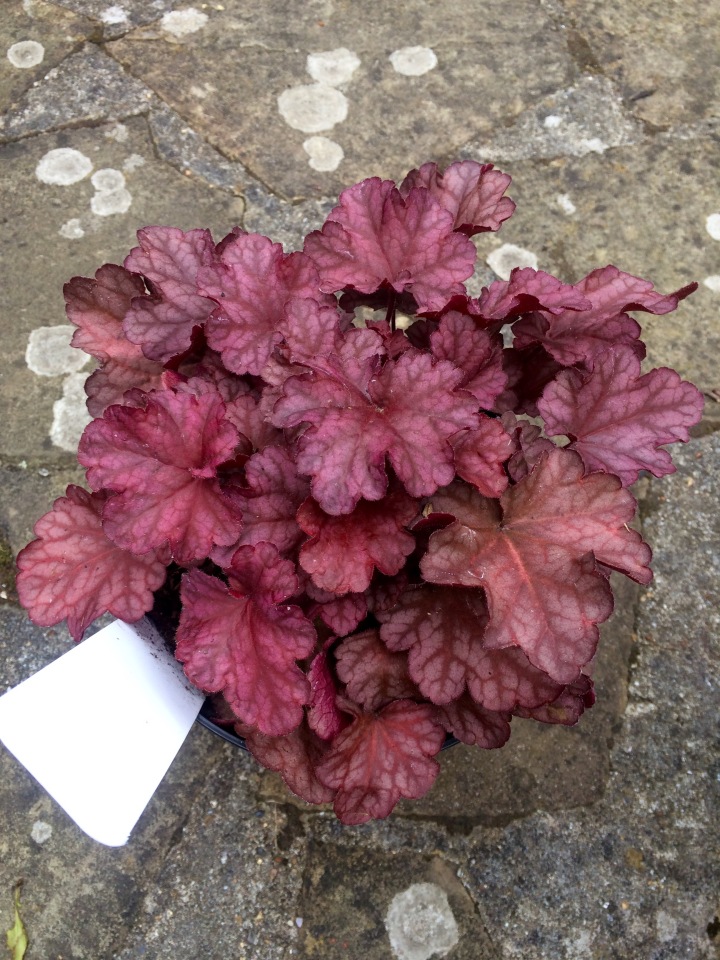 Why such impatience ? Why not wait for a trip to the garden centre, instead of burdening myself on a train journey ?

Well, the first reason could be that there is no garden centre in Canterbury itself, and that I don’t drive. Secondly, the Toad Lily has been on my list for some time (unusual, beautiful, mysteriously reminding of witchcraft and adapted to a shady garden, though mine may be on the dry side for its taste). I have tried it before and failed. Also on my list, a dark-leaved geranium : Dark Beauty, which I had purchased just before leaving England, hasn’t survived, so there we go again. Regarding the pink heuchera with the ridiculous name, it was my eight-year-old son’s choice. My hope is that it will echo the reddening leaves of Acer palmatum Osakazuki as the season progresses, and provide some sort of consolation for the death of Acer palmatum Shaina.

I should confess that a short walk in town last week saw me creep into Poundland and come out with Coreopsis Early Sunrise and a Veronica gentianoides… Not to mention a number of other beauties ordered online today, which I will show you when they arrive. After all, my birthday is only one month away (and a bit more, but let’s not be overscrupulous). 🙂

I leave you with these pictures of a sparkling spider city (taken in Canons Ashby). 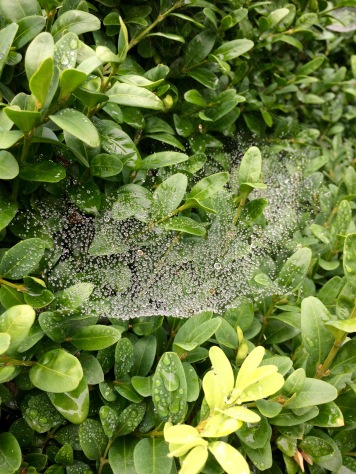 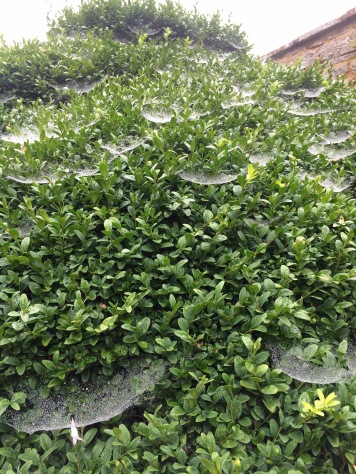