Went to bed very late, as usual (a sinful habit I don’t seem to be able to correct). Woke up several times in the night, as always. The last awakening came for a good reason : what was happening in my dream troubled me enough to be cut short. Yet, it had started very nicely.

Get ready everybody : I was trying to convince Monty Don to introduce in his weekly Gardeners’ World program a regular chapter featuring a French garden (I mean a garden situated in France). Here comes the funny bit : I was hoping to be in charge of that section. Yes, me. For my French readers, who might not be acquainted with the Gardening High Priest : my discovery of Monty Don’s program, some years ago.

The first thing I remember was a brainstorming session, somewhere in a dark basement room, which involved a lot of men (and me) sitting on one side of a long table and making suggestions while Monty was standing on the other side, under a yellow lightbulb. An odd liturgical setting. I don’t know by which transition Monty and I ended up sitting in a café which looked more like a hospital refectory – naked walls, everything pale and bland. The light, however, was strange, white with a slight hue of blue. This observation didn’t come to me while dreaming. It is only now that I realise that light was a cue to what happened next.

So there I was, pitching my project to a smiling and somewhat sceptical Monty Don. He was polite, he was handsome and, although he didn’t say a word about my proposal (at least I don’t remember him answering), I felt optimistic. Then, his son appeared, a young Mediterranean-looking boy aged between 8 and 10 (more likely to be his grandson !), and we had a little chat in French, which left me very impressed. Monty left with his son.

I went out, probably with the idea of going home.

Where there should have been a town, my eyes met a vast stretch of shallow water. It was as if the pale blue light in which we were bathing had taken shape and weight. On the rocks which had become the shoreline to that newly opened sea, people were gathering, wondering how to cross. Then, a small and light white plastic boat was brought to me by a Chinese or Japanese woman whom I knew in my dream. I lowered it to the water, rocked it in order to get rid of the puddle collected at the bottom, and embarked. The boat sailed away quickly, and suddenly we were moving along a Mediterranean city’s coast (grandiose hotels shaded by magnificent palm trees). I enthusiastically told my husband about my potential collaboration with Monty Don. To my surprise and dismay, he didn’t look happy at all and answered : “So you don’t want to be a teacher, then ?”

I felt so sad, or cross, I had to wake up. And a good thing, too : my husband is, in real life, very supportive of my projects, even though they don’t benefit the household financially, and doesn’t deserve to be portrayed as in my dream. What came out of his mouth, in the dream, was my own anguish at the direction (or lack of it) my life is following.

I believe the vast stretch of shallow water, mysteriously materialised, was a regular feature in my childhood dreams. I lack the words to describe the feeling of wonder and awe which came onto me when I recognised it in Hayao Miyazaki’s Spirited Away.

Granted, there is no valuable point to all this, but as Monty Don doesn’t grace me with a nocturnal visit often enough, I thought I would record this dream. 😉 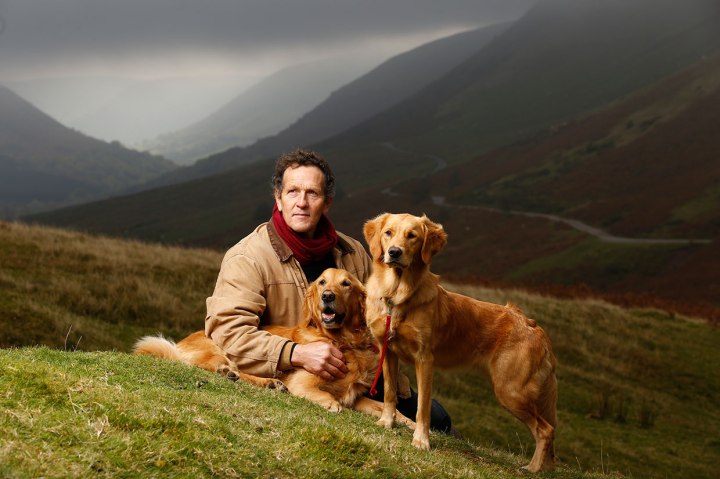 The top picture comes from here and the bottom one, from this article in The Times.

3 thoughts on “Working with Monty Don (a dream, obviously)”